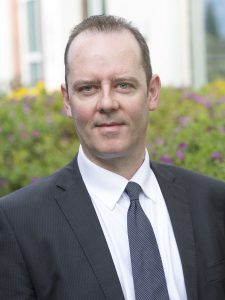 Mr Craig Donohue is a Melbourne and internationally trained orthopaedic surgeon, with a particular interest in knee and hip surgery.

He also specialises in trauma and sporting injuries, particularly those involving the knee and hip joints.

Craig obtained his medical degree at The University of Melbourne and subsequently completed Advanced Training in Orthopaedic Surgery in Melbourne.  He became a Fellow of the Royal Australasian College of Surgeons in 2006.   He then undertook a one-year fellowship in Cambridge, in the UK, in hip and knee surgery.  He has visited orthopaedic surgical units in Europe and in North America.

Craig also has a public appointment as an orthopaedic surgeon at the Alfred Hospital.  In this role he treats public patients with hip and knee conditions, as well as managing trauma patients.

Craig is involved in orthopaedic teaching both with trainee registrars and with medical students. He is an adjunct lecturer at Monash University.

He is a member of the following organisations: